The most anticipated comedy event of the year
JCUMSA MedRevue
Get Involved! 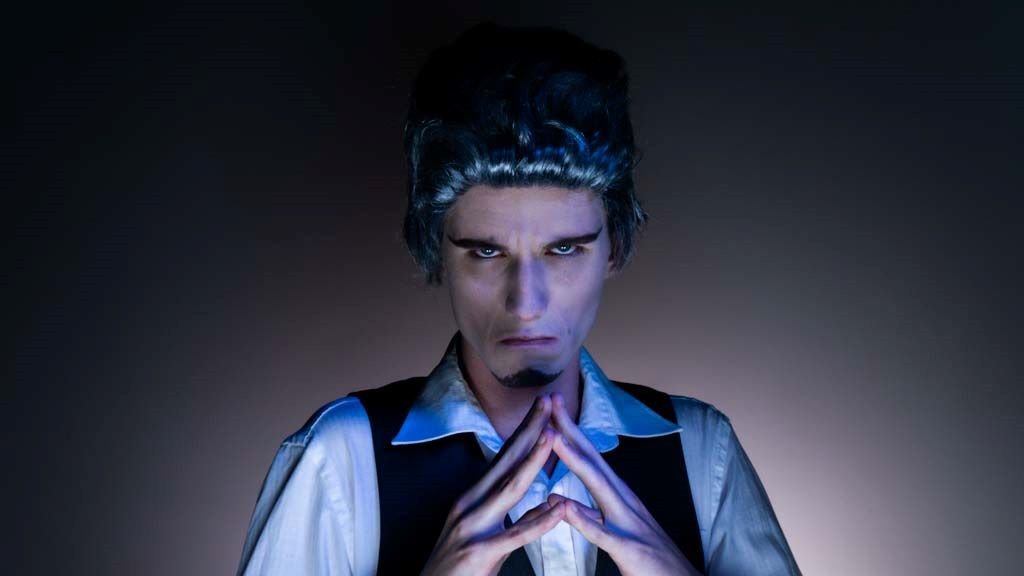 MedRevue is one of JCUMSA’s biggest events. It is an exciting sketch comedy night, and one of JCUMSA’s only theatrical outlets. From week one, the MedRevue convenors are well on their way to writing skits, casting talent and gathering resources for the big one-night only event in September, held usually in the George Kneipp Theatre at the JCU Townsville campus. With no limit to creative freedom each year the stakes keep rising to deliver a new batch of material bound to leave the audience in tears.

With involvement from all years and many, many months of preparation, this is one night you cannot miss.

MedRevue is where you can vent all your Medical School frustrations through the catharsis of comedy, whether that be via writing a Monty Python-esq sketch mocking some of the frivolous content we’re forced to learn, reliving through a video-skit awkward patient interactions, imitating some hilarious lecturer quirks, or just relaying your existential dread out to a wider audience in an absurdist mime act. Quite literally, the floor is yours.

If you choose to get involved, and there are many ways in which you can do that (see below), there are varying degrees of commitment required, but in general for the first couple months in the scriptwriting stage a weekly 30 minute meeting is all that’s really required in terms of ‘contact hours’, but the good thing about MedRevue is that you decide how much effort you want to put in. If you enjoy writing material for comedy sketch shows like this, you might put more time in helping assist the scriptwriting team early on, however you might not want to be a part of the cast and thus your weekly commitment into the leadup to show week will be modest compared to others involved. As long as you make it clear to the Convenor(s) early on what your intentions are and how much responsibility you’re willing to take, the power rests entirely on you as to where you want to take the show.

We encourage everyone to get involved, and we can assure you it is an incredible experience, albeit stressful at times, but you make so many new friends along the way. Various support networks are in place for those willing to give a senior position a go.

What previous MedRevue members have to say

'I had absolutely no idea what to expect when I signed up for Med Revue... Within a few short months, I went from pitching ideas, to starring in skits, to finally performing as a main cast member in the final production. I was hooked. At the time I wasn’t sure why, and I wasn’t sure how. It may have had something to do with the vengeful catharsis of finishing a day of bone dry content by ripping into it with a bawdy tune or a stinging satire. It may have been poetic justice for all the times I had been singled out for the indignity of a human animation. It wasn’t always so vindictive though, Med Revue was also a chance to celebrate what I loved about Med – including the fantastic people I wouldn’t have met otherwise. When study life became tough, Med Revue was there to remind me not to take it all too seriously. Chances are – if you’re a med student with any creative fibre in your body – you’ll enjoy the hell out of it too.' 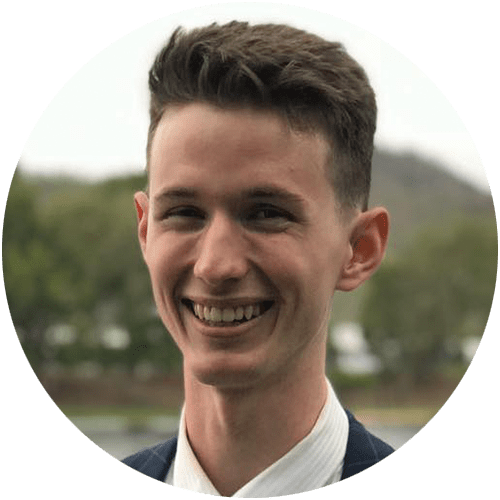 Jared Sullivan
Main Cast 2019
'When I signed up to MedRevue, I still wasn't certain what it involved, and when attending the meetings, I quickly found out it's easier to learn as you go! The convenors and past members are always there to explain what's happening and what options you can lend your hand in. I started off with script-writing as they needed help in that area... As production week rolled in, I happily accepted the role of backstage manager. I have never been in backstage crew before, so at first it was difficult to juggle the tasks I needed to keep track of... There are even moments where everyone can be onstage as an extra or onscreen for a while in a pre-filmed skit, you are never limited to your role. Production week definitely made everyone closer, whether tech, main cast, or backstage, everyone helped each other wherever they could. I can confidently say I have made many new friends from Med Revue, and the applause at the end of the show makes every second worth it!' 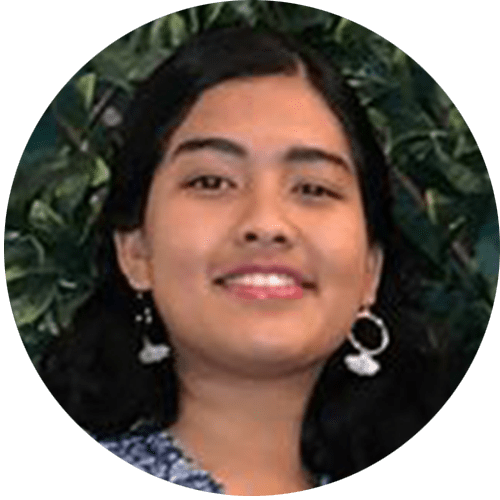 The most important role of the show. Whilst it is a huge time commitment, you get to set into motion the vision for the show, oversee the Tech Crew, Stage Crew and Script Team and direct the cast. Ultimately you are the guiding force that everyone else follows and a lot of responsibility falls on your shoulders. Your other roles include allocating JCUMSA funds into various investments; props, costumes, tech equipment hire, etc. A big job, but one that every single past convenor has said that they have loved every minute and are grateful they gave it a go! You must have a real passion for the show, as without you the show collapses. It is usually recommended at least two Convenors are required due to the immense responsibility and time commitment required.

If you’re interested in the role of Convenor, you must have been in a previous MedRevue and it is a requirement prior to applying that you speak to a past MedRevue Convenor to talk about what the role entails.

Being a cast member involves auditioning and successfully gaining a role to play one or more characters written into the script. It’s a great opportunity for those who enjoy the thrill of being on stage and letting loose their creative talent. As with any show, there is usually a leading and ensemble cast (with extras) which allows for variation in terms of time commitment. But as any production director will tell you, there are no small roles in theatre. Everyone shines on the stage – after all, you are the stars of the show!

Being part of the tech crew is a really fantastic role. You get to be the overlord of the whole show, controlling the lights, sound, visuals, etc. and in general are one of the core components essential to the smooth running of the show. You get creative freedom in suggesting ways to stage, present and record the show, and also direct any audiovisual skits. There are usually at least two people as part of the tech crew, as it is quite a significant role. If you have any tech skill, whether that be with computers, film, audio-mixing, etc. we need you!

The stage crew are our invisible hands coordinating the show right in front of your very eyes (there’s a reason they’re often called ‘Stage Hands’). Some of the main responsibilities of the stage crew include lighting control (including the spotlight), controlling the cameras recording the show, moving props during scene transitions, microphone coordination and perhaps most critically – help signal the cast when they’re due on stage. This role is perhaps the most resource intensive, and we need at least 4 dedicated members as part of the stage crew.

Within the stage crew there are a few select roles which include helping out with costume and prop design, and if you decide to pick up such a role your time commitment will likely increase.

Being a part of the script team is where you can help write the show! If you have any sort of creative side to you and have a talent for writing clever jokes and gags that you think will entertain a Med School audience then we need you on board. This includes writing for both live sketches and recorded. You get a lot of creative freedom with this role, but it is the very nature of productions that it’s very likely some work will be cut out before show night for a variety of reasons. So keep the ideas flowing – the more the better! Members of the script-team also end up directing their written scene. You liaise very frequently with the MedRevue Convenor(s).

Got any musical talent? Then we would love to see you be a part of our live band. While we usually rely on pre-recorded music for most of our backing tracks, there are some sketches where we need live music and this is where you come into play. This is a fantastic role that we would like to see have a bigger role in future MedRevue’s and to make things easier for you all music sheet music will be given to you in advance for songs we would like you to play. All instruments are highly desired (except maybe the triangle… we’ve got a cowbell instead!).

Don’t want to commit to weekly meetings or take too much responsibility, but want to be a part of the show in some way? This role might be for you. You’ll be helping out with the big advertising campaign in the leadup to the show, including distributing promotional material on various social media platforms. Your other main role will be helping check tickets at the front door on the night of the show and selling food/drinks during intermission.

Expressions of Interest for the 2020 Team

Getting involved with MedRevue 2020 is a fairly relaxed process. Fill out the form below, and we’ll get back to you with details on our first meeting and opportunities to apply for different roles. We’ll be regularly posting updates on the JCUMSA FaceBook page, so stay active there and you’ll be the most up to date. This page will be updated as more information becomes available!
Table of Contents
Close Menu
×
×